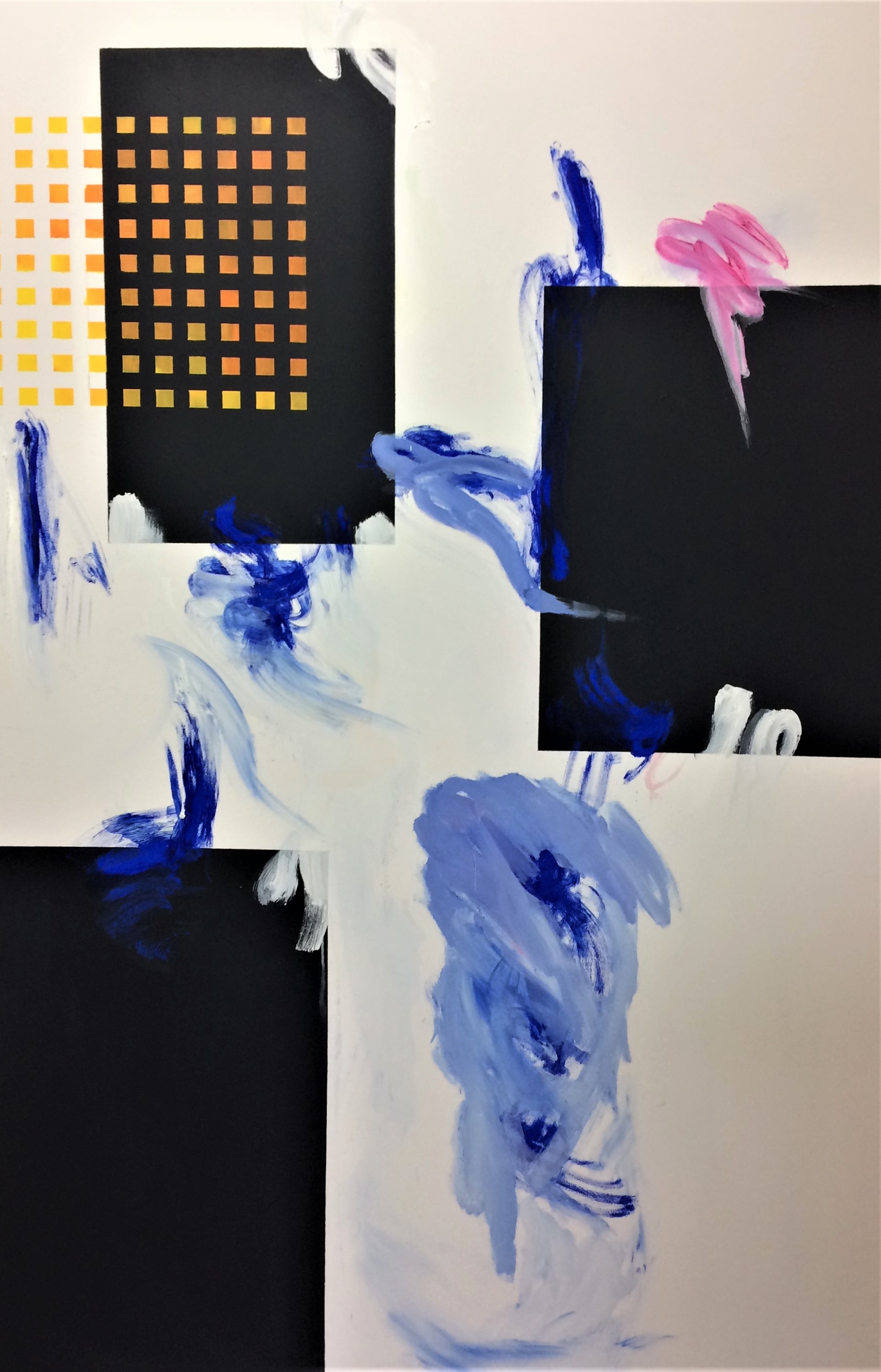 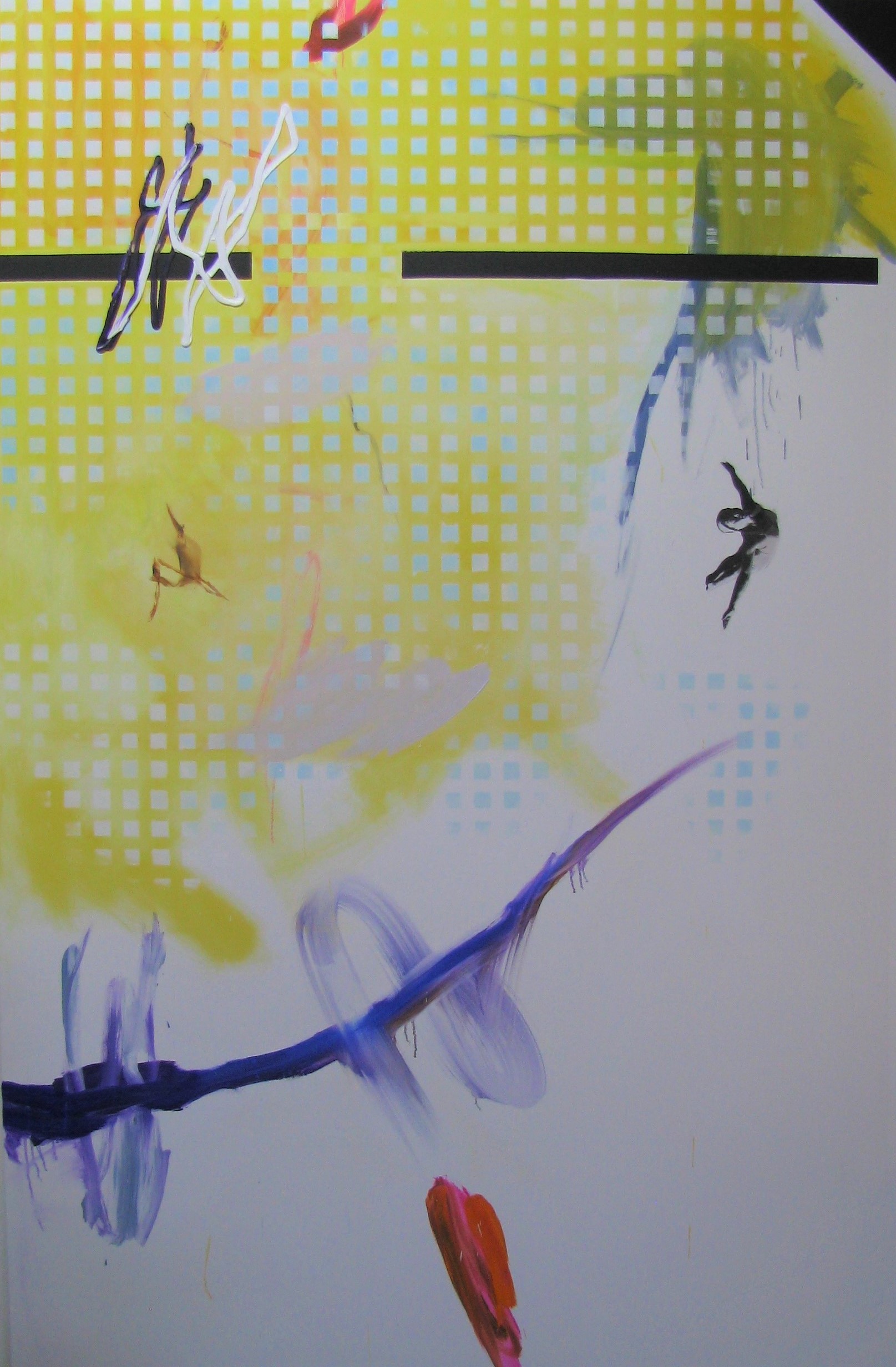 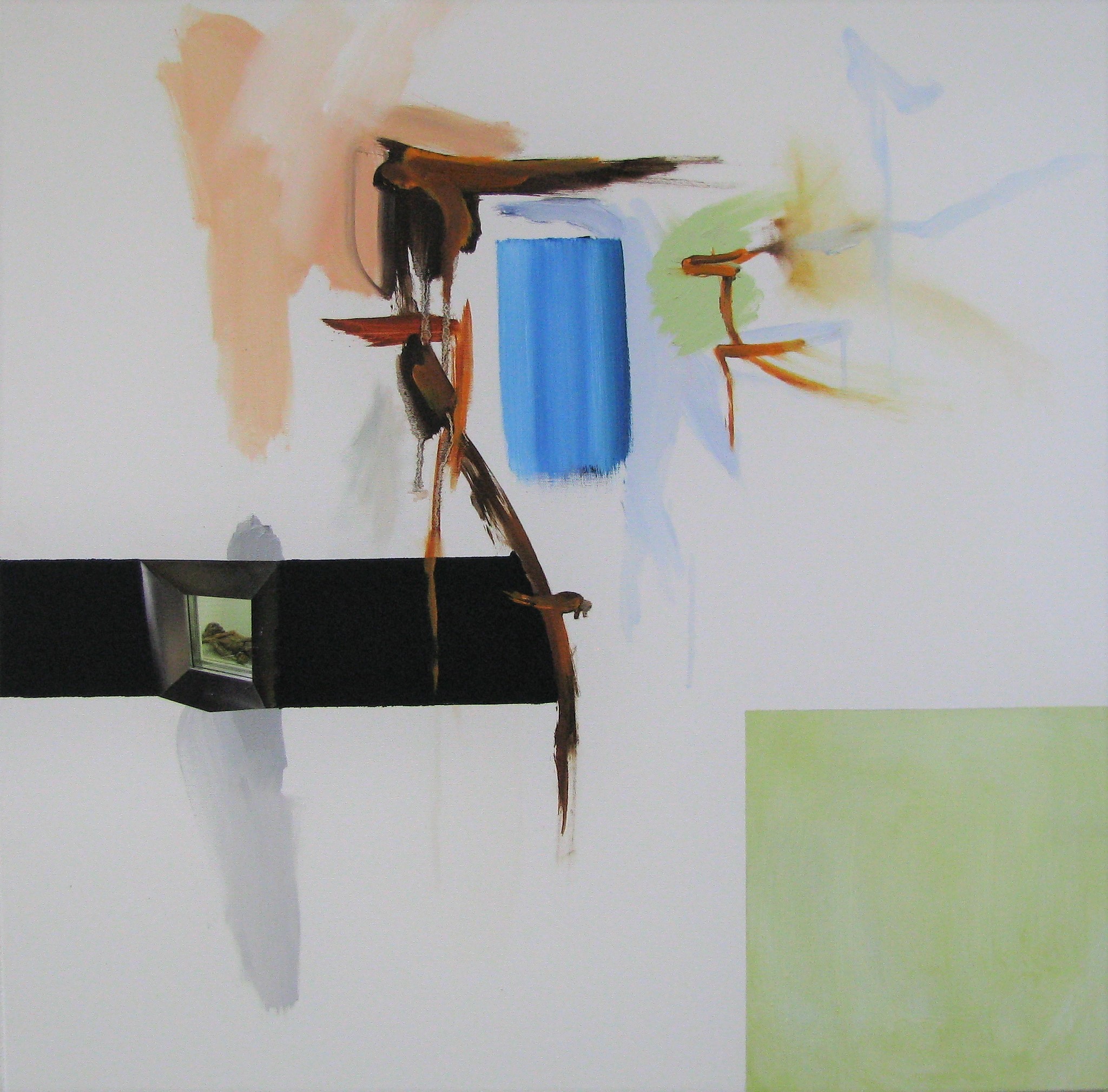 Jeroen Hofhuizen lives and works in Maastricht, The Netherlands. His art currently consists of various components. The way paint, (blackboard paint, oil, acrylics, enamel etc.) is applied and used in relation to what its visual function is within the ‘image’. Secondly the use of prints, photo montages, fabrics. All these elements are brought together in compositions with a connection attached for a broader narrative.

His paintings show elements of nature, an interest in physics, geometrical shapes, and figuration as an abstract encounter. Each canvas is treated as a non linear journey where notes are taken and put down on the canvas as if they are marks. These works have an open ending, nothing is definite. Jeroen suggests an open discourse in no particular order but as an invitation where the viewers’ imagination takes its own route. The viewer can contemplate and give meaning to it or not.

‘In order to create some soothing calm in a world which seems to get more and more out of touch with itself, more and more adrift. I can only play around on a canvas and hoping for a fun time. To me personally, at present, I have a need for lightness, openness, wonder and hopefully some surprising element(s). Thera’s no need to understand what it is I create because it touches on something that can’t be explained by words anyways..maybe it’s this quantum concienceness’.